Den Building for our survival after the most terrifying pirate attack on the Caribbean sea...

The children had so much fun at their pirate party today ...thank you so much for making so much effort with their costumes! We started out by having a pirate feast of cannon balls (cheesy puffs), dead man's fingers (cocktail sausages), pirates booty (cupcakes), pirate beer barrels (swiss roll) and pirate punch ...they demoslished the lot! We then had some pirate songs and a dance and made our way down to the pirate ship. The children, along to some very piratey songs, played 'pirate' statues, 'pirate' says, 'pirate' bumps and had a treasure hunt. You can see the winners standing tall on the bow of the ship! What a great afternoon!
Our trip to Margam Park 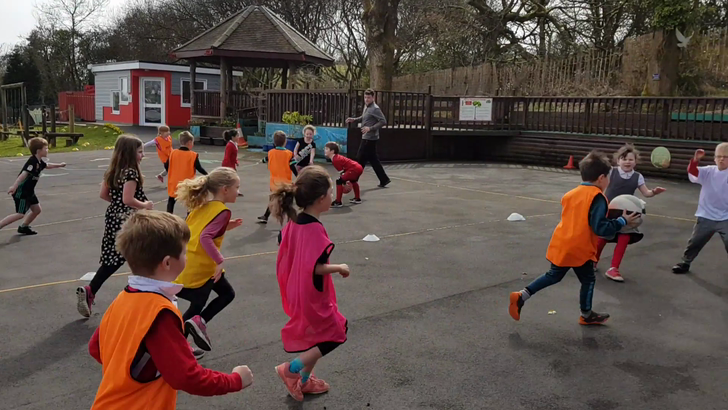 Thank you for your kind donations for sports Relief 🏅 the children had lots of fun playing netball, basketball and football with Mr Lewis and they loved putting Justin Tipuric in the hot seat!!

We had the most lovely day at the Egypt Centre. All the children were so well behaved and had so much fun. The children completed three activites throughout the day lead by the kind volunteers at the centre. They completed a mummification on 'Bob' learning all about the process and why it happened. They visited the house of death where they had to weigh the heart of the Egyptian to see if it was lighter than a feather to pass onto the afterlife. They also looked at food the Egyptians ate and played an ancient Egyptian game of senet. They were also lucky enough to explore and handle real artefacts some as old as 50,000 years old! We hope they enjoyed their day and learned alot. We will be researching Egypt and the Gods more over the next few weeks!

We have have had a very naughty elf in our class. He tipped all of the children’s paper chains onto the floor and left a HUGE mess! He asked the children to measure the paper chains to see which were the longest and the shortest.

We had the most wonderful day at Techniquest! The children enjoyed exploring all the different activities and going into the planetarium to watch the 'blast off' show 🚀 they knew so much about space already but hopefully they have learned lots more! They were all so well behaved and respectful all day. Thank you all for allowing your children to come and have fun 😁

This term our topic is flight and we decided as a class to look at space. The children have completed lots of work already learning about the planets in our solar system and the baboon that lives on the moon! They have been learning about recount writing and completed a recount and diary entry based on the aminated video (which you can see below

). They have been learning their numbers to 20 (Year 1) and 100 (Year 2) and they all did amazing work partitioning 2 and 3 digit numbers into tens and units. Some children even took it upon themselves to partition 4 digit numbers!!! We are very excited to show you lots of things we are doing in class this term so please check back soon!

Baboon on the Moon

A lonesome Baboon has been assigned to live on the moon and light it every evening. Once his daily duty is performed he takes out his trumpet, playing a sonata to the Earth he loves and misses.

Every day the children complete a "Daily 10". This is an independent maths activity and the children love completing it. It is really challenging their knowledge of what they have learned and are yet to learn!

Thank you for completing the homework "what does 100/20 look like?". It gave the children excellent understanding that even though some bags looked bigger in size, they had the same amount so to always check the amount by using their 1-1 correspondence.
Follow us on Twitter
Top
Cookie information
Cookie Notice